(2/14-3/15/09) Blood, sweat and tears. Well, actually, just the SWEAT. Panama is one hot and humid place. Of course, what should one expect from a tropical country located just a wee bit north of the Equator. And, it’s not a matter of picking a better time of year to visit/live here, because we planned our stay during the ‘dry season’, and most of the rest of the year you can count on lots of heavy rains. Of course, during dry season it also rains frequently, but usually only for short periods of time. That didn’t bother us much. But the heat, oh the heat. Very difficult to enjoy going outside during the day exploring what there is to see.

As for our explorations, well quite frankly, from our perspective Panama City and its surrounds are not all that exciting. The City itself begins to resemble Miami Beach more and more every day. The skyline across the entire bay consists of newer glass high rises. The area where our Apartment is located is pretty much in the center of the action right next to the main Cathedral and the busy commercial thoroughfare of Via Espana. There is certainly a lot of stores for shopping, though prices are very high and we don’t see much ‘value’ in buying anything. There are also many Casinos, no doubt servicing all the new (and much illicit) flow of money into Panama’s Banks ever since it became the new ‘safe haven’ after the Cayman Islands lost its status as the favored locale for offshore money in the Western Hemisphere. While Bob definitely likes access to Casinos, given his predilection for Blackjack and Poker, he found the Casinos here a bit on the ‘shady’ side for high-stakes play.

But, there were some sights worth visiting. Of course, we had to see the famous Canal, and so we went to the visitor’s center located at the largest and most important of the Locks known as Miraflores. Was interesting to watch the Super Cargo Ships slowly make their way through the Canal and into the Lock, and then be lowered into the next section. The Panamanians definitely have a good thing going, charging fees up to $250,000 for the largest container ships to pass through the Canal, payable in cash 48hrs in advance. Nice gig. Wish I had thought of that. Also went to see the Parque Natural Metropolitano, which is a Tropical Rain Forest actually located within city limits on the northern edge of the city. Not the most diverse or exciting Rain Forest, but notable for its ease of access to city dwellers. More exciting, was our visit to the Summit Botanical Gardens and Zoo which is actually apart of the another larger Tropical Rain Forest called Parque Nacional Soberania, located about an hour’s bus ride outside the City. Here, you really got the feel of a tropical jungle, with a good diversity of plants, flowers, and wildlife – and, not just the few caged animals they kept in their modest so-called ‘zoo’. Saw many different species of tropical birds, along with a Sloth, and the screams of Howler Monkeys in the surrounding jungle.

Other sights of interest visited in city, were the old historic section called Casco Viejo, which is also where the President of Panama maintains his official residential ‘palace’. The Causeway, which is a stretch of man-made land that interconnects three separate offshore islands, to create both a vehicular and pedestrian parkway of 5km length, where some upscale restaurants and Harbors are located. But, for a real day-trip ‘getaway’, we took a 45min. Ferry to the nearby Panamanian island, Isla Taboga, also known as the Isle of Flowers (Flores) for obvious reasons. (FYI – this is "TabogA not to be confused with the more well-known TobagO of the sovereign nation of Trinidad & Tobago). They have some really beautiful colonial homes and newer modern very expensive oceanfront homes, in a maze of cobblestone narrow streets to explore. There are just 3 or 4 Hotels for those desiring to stay overnight, and a similar number of good eateries specializing in the locally caught fish and other seafood, plus a very nice beach.

While the country of Panama most certainly offers some amazing sights and activities, especially of the eco-adventure kind – scuba diving, deeper jungle and river tours of more distant tropical Rain and Cloud Forests located in the interior of the country, and hosts supposedly one of the most diverse variety of wildlife, birds and flora of any country in the Western Hemisphere, in our opinion that just makes for a wonderful place to visit on vacation but not as a permanent or semi-permanent place to call home. Though it is possible to ‘get away from’ the oppressive heat and humidity of the city by living in the relatively newer ‘retirement/vacation’ communities built in the highlands most notably in a small town called Boquete, the problem with that is it’s too far from any real culture, being a 6-8hr drive to the City. As for Panama City itself, where one would want to reside if at all, do to its access to at least some ‘culture’ and fine dining etc., is as previously noted to damn hot and humid (not to mention to wet most of the year), not to mention very pricey. The ‘value’ we had thought to find from our prior research, has apparently evaporated during the past 5 years, as the money has flowed into Panama and the unending construction of high-end high-rises continues unabated (wonder when their real estate ‘crash’ will inevitably occur?). In addition, public transportation is abysmal in Panama City, with no existing public rail transport, driving customs that are all but ‘suicidal’ when it’s not totally jammed during incredibly congested rush-hour traffic, and public bus transport that is privately run haphazard and disorganized. Though we have started to get the hang of traveling on the local and very cheap buses (25cents/ride) known as Diablos Rojos a/k/a Red Devils. Our Realtor, along with most tour books, warn foreigners never to ride in them. Although they are indeed frightening to use, it is really not because of fear of being targeted by criminals as some have cautioned, but because of the speed and recklessness with which they all drive. It’s really crazy, though fun to watch, not to mention hear – they are all actually old school buses that have been repainted with wild colors, graffiti, and other wild decorations (inside and out), but also with loud horns, sirens, and tall dual pipe Mufflers in the rear that create deafening thunder. And riding them, makes one really feel a part of the locale culture – if you have the cajones.

So, bottom line, Panama is definitely not going to be on our list of possible homes abroad, and we decided to move on after only a month’s stay. So as for OUR NEXT DESTINATION, which comes as much of a surprise to us as it no doubt will to our friends and family: NICARAGUA. More specifically, Granada Nicaragua, a colonial town located about 45 min. drive from the Capital of Managua. Our good friends, Mike & Orly Shaker had read some good things about it recently and mentioned it to us. Though initially very skeptical, I looked into it and discovered that they were on to something. Contrary to popular belief (by USA folks), Nicaragua resolved it’s civil war quite some time ago and has recently been investing in infrastructure and raising its standard of living. Several well-known USA magazines and newspapers have recently provided good reviews of Nicaragua. Even well-respected (and conservative) Travel Writer, FROMMER, says on his website that Nicaragua is "now one of the safest and most peaceful countries in Central America." So folks, don’t be so quick to pre-judge! Admittedly, however, we still don’t expect Nicaragua to make our list of possible new homesites abroad because the climate is too similar to Panama’s heat and humidity. Nevertheless, it was time to leave Panama and too early to head to a intended next longer-term destination in Quito and Cuenca Ecuador (rainy season there doesn’t end until end of May). So, we chose Nicaragua due to its close proximity to save on travel expense, and because we were able to find a very good value in a beautiful rental home located in the center of old section of beautiful colonial Granada. We also hear that in general it is VERY cheap to live here. So what the hell, we’re gonna give it a whirl – at least for a month. We’ve got a short flight booked from Panama City to Managua this coming Saturday, March 14; and, currently have our new home rented in Granada through April 15. Since it will still be too early to go to Ecuador, we’re not sure what we’ll do between 4/15 – 5/31. Possibly stay longer in Nicaragua or move on – time will tell. So long from Panama – next entry from Granada. 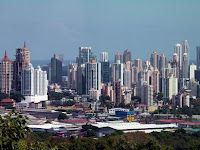 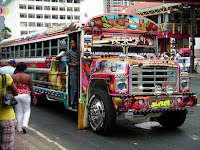 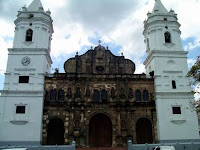 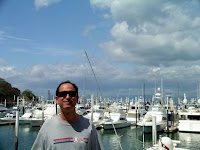 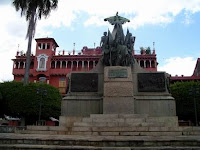 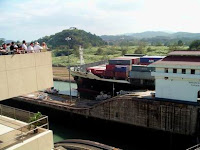 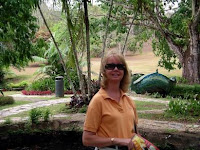 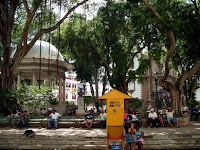 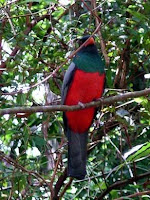 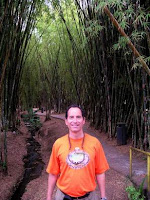 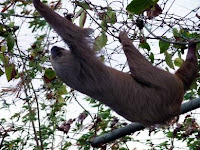 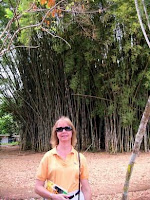 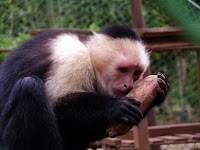 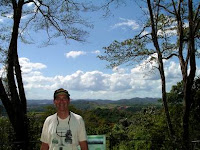 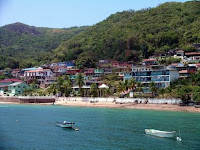 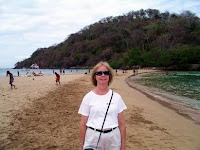 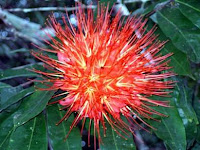 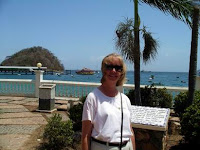 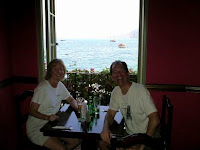 Posted by Bob and Nancy Morton at 3:31 PM No comments: