(10/22-11/21/09). Never a serious contender (or even on the “radar”) as a place for our future permanent residence, nevertheless we decided to visit Goa after seeing a show about it on the Travel Channel. Since it was getting cold and rainy in Europe (not to mention budget-busting expensive), yet still too early to move on to SE Asia (still Monsoon season), we thought Goa might be an interesting diversion. For those considering travel to India, be forewarned that obtaining a Visa in advance from an India Embassy is mandatory and will cost about US$100 pp. The standard Tourist Visa is valid for travel up to 6mos following issuance, and permits a stay in India of up to 90 days.

As will be evident from our Photos, Goa is a tropical beach resort area located on the Arabian Sea. Hardly representative of the rest of India, Goa was actually a former Portuguese colony, and only became a part of India in the during the past quarter-century. For this reason among others, it is unusual in its majority Catholic religious population and relative wealth compared with the rest of India. Nevertheless for those novice travelers uninitiated with the Third World (unlike us), it would still be ‘culture shock’. But for us, having visited such similarly poor and undeveloped countries as Nicaragua, Guatemala and even Ecuador, it was as expected. Livestock (especially Cows and Water Buffalo) roaming freely around the streets and beaches, hawkers everywhere selling their fruits, homemade snacks and schlocky souvenirs, beggar children and sad mothers carrying their newborns looking for handouts, public buses packed with sweaty unbathed bodies, public restrooms with no toilet paper or soap (some even consisting of a mere ceramic hole in the ground the floor surrounded by gross muck, local restaurants where hand washing by the staff or cleaning the kitchen once in awhile are stranger concepts -- are all part of the scene – even in ‘wealthy’ Goa. Yet, from what we heard from other travelers (as well as read or have seen on other Travel shows), you ain’t seen nothing until you’ve visited the incredibly overcrowded dirty and crime-ridden population centers in India’s largest cities of Mumbay (f/k/a Bombay), Kolcota (f/k/a Calcutta), and even Delhi – which we did not.

On the other hand, Goa is a popular Tourist destination, particularly among the British and more recently wealthy Russian travelers, and therefore has built a fair infrastructure catering to these foreigners. Along the beautiful silk sand beaches that stretch for endless miles, are limitless ‘beach shacks’ serving snacks and drinks, more upscale restaurants with menus including Lobster and Tiger Prawns, each providing Sun Beds or chairs and tables together with waiters ready to attend to the visitors’ every need. Likewise, new ‘luxury’ hotels. small resorts, and luxury condominium apartments with swimming pools, all built to accommodate relatively modern western standards, have become quite numerous. By Indian terms such foods, accommodations, and services would be quite expensive, but for Tourists these luxuries are very cheap when compared to their home countries.

Aside from the usual routine of suntanning, beach and swimming pool lounging which Nancy and I are not particularly interested in as we ‘get on in years’, or grossly overpriced touristy water sports provided at the beaches, unfortunately the Goa area does not really offer much else of interest to see. Our rental condo apartment was located in Candolim which is just south of the bustling central beach community of Calangute. Most days, we would hop a local public bus for the 4-5km ride to Calangute for a cost of 5 Rupies p.p. (approx. 12cents US), and then have a relaxing lunch of Jeera Rice and Roti/Naan along with a large Kingfisher Beer, at one of the beachside restaurants overlooking the sea; enjoying our view of the ocean and watching amusingly as the pale skinned foreigners foolishly broil into nice red lobsters ignoring the risk of Melanoma. We also frequently travel a little further north to our favorite nearby beach area of Baga, which has beautiful cove surrounded by low cliffs which also affords the option of hiking a dirt trail along the cliffs around to beaches even further to the north. We also traveled to the nearby village of Mapusa which hosts a weekly local Market, but found it to be much dirtier than we would like if we had been really interested in purchasing fresh produce, fish or meat for cooking. But that was really a moot point, since our rental apartment here in Goa was not equipped with a real stove or oven, leaving our only real option here to eat out every night for dinner. Naturally, we chose to visit Goa, because we both like Indian food, so this did not prove to be a big problem other than spending a little more than we would have preferred on meals even while eating at some of the more value oriented restaurants we scoped out. But we definitely did enjoy our traditional spicy Indian dishes such as Mutter Paneer, vegetable Byrani, Chicken or King Fish Tikka, Rogan Josh, tandoor chicken and kabobs, Naan, Jeera Rice, as well as some uniquely Goan dishes such as Sausage Chili Fry and Kingfish Curry Rice.

We also spent another day taking a local bus and ferry connection to the capital city of Goa State, called Panjim. For a state capital, the city is surprisingly small, walkable and populated mostly by low-rise buildings. Just a few kilometers outside the city, is the historical area known as Old Goa, which was the former capital under Portugese rule since the 1600’s, and has a pretty Cathedral and some half-decaying centuries-old buildings and ruins from that period. Not overly exciting, but about as much of a cultural experience as you will find in the State of Goa.

In sum, Goa was a relaxing and pleasant if not overly interesting or exciting place to visit, but definitely not one to consider for residence (or even a return visit). For Americans, I would not recommend anyone go out of their way to see travel half-way round the world just to stay in Goa. Of course, there is far more to India than Goa, and we do sincerely regret not traveling lightly enough to tour around the country to see Delhi and nearby Taj Mahal, perhaps even spend a couple of days in Mumbai, or travel to the north of India where the Tibetan influence is considerable. But, as we have said before, we are not traveling as mere tourists on holiday, with merely a backpack or lightweight suitcase; and even though we have downsized, we still have to drag with us 3 suitcases, 2 backpacks, a large computer briefcase with our invaluable Notebook Computer, our monetary lifeline of our only credit cards and ATM cards and travel documents. To have those lost or stolen while we make short unsecure visits to tourist destinations, not to mention incurring the budget-busting extra travel costs which we would incur to travel to and stay in multiple top tourist destinations, is something we cannot afford to do. Our purpose for now remains steadfast (with only certain exceptions, as admittedly was Goa), which is to limit our travel to places we actually might consider living where we rent an apartment for a stay longer than a mere holiday traveler, and generally try to spend our time living as we actually might if it were to be our home. Of course, if a historical or other tourist site is either directly on the way during our travel or is close enough to our rental apartment to see by day trip, then we naturally take the opportunity. But, otherwise, such sites will have to await a time when we have made our permanent relocation and our intended re-employment or other earnings opportunities, when we needn’t be concerned about depleting our savings nest-egg.

NEXT UP: S.E. ASIA, BEGINNING WITH THAILAND FOR 2-3 months. Our first stay will be in the City of Chaing Mai, where we have already rented a luxurious upper-floor Studio Apartment in the center of the city near the night market, with balcony overlooking swimming pool and view of the City. 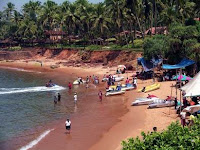 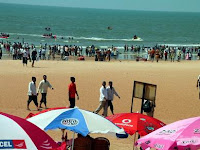 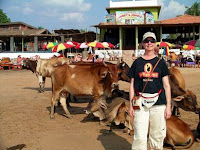 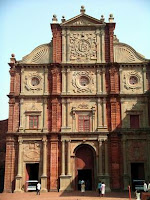 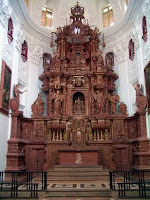 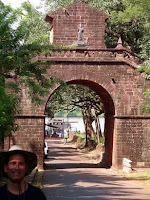 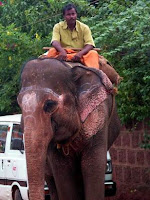 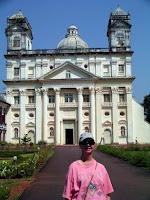 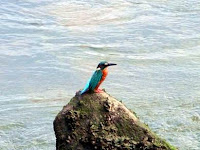 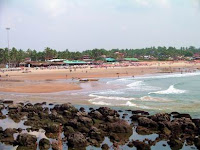 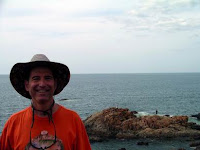 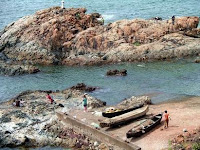 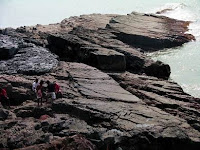 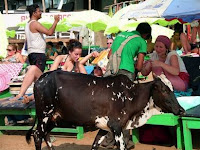 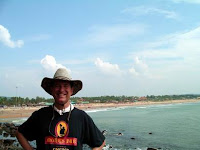 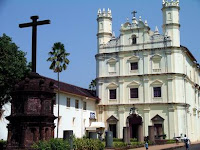 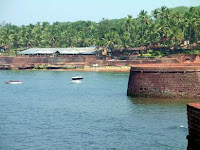 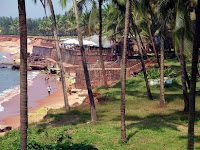 Posted by Bob and Nancy Morton at 6:30 AM No comments: